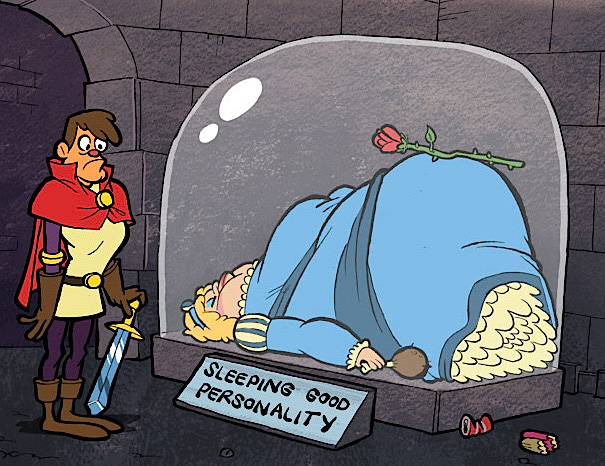 When primogeniture held sway, for example, the tales gave rise to heroic roles for youngest sons, thereby compensating them in fancy for their poverty and for the devaluation they suffered in daily life. Yet the core of fairy tales seems to reach deeper—well beyond the delights and shocks caused by improbable events and beyond the tough substrate of socio-political opposition in pre-modern Europe—towards a species of raw, non-contingent honesty and authenticity.

Phillip Pullman, notable for His Dark Materials trilogy is not alone in believing that fairy tales bear no psychological heft and therefore call for no psychological discussion. Indeed most fairy tale characters go unnamed; they perform no Shakespearean soliloquies; they do not ruminate aloud. Rather, they reveal their thoughts in action. But since when is action exempt from psychological scrutiny?

And are there not fairy tale characters who do, on occasion, both wish and dream? Scholars, moreover, when pressed to consider the problem of motivation in fairy tales, tend to invoke fate, chance, inevitability and magic. Not psychology. They claim that tellers, hearers, and readers of the tales accept without question the sufficiency of fate, chance, inevitability or magic. Quite true. Yet, we must ask why. What inclines tellers, hearers, and readers to accept fate or magic as causal?

What is it about fairy tale and the human psyche that enables this unquestioning acquiescence in a realm of discourse that defies ordinary modes of understanding and common sense?

Even if there were nothing else to probe, there is this. And, indubitably, this is a psychological question. Children have no trouble with this, but adults clap sheepishly, if at all, while telling themselves they are doing so for the sake of the children. The acceptance of magic and fatedness in wonder tales can be fruitfully considered, I propose, from a child developmental perspective.

If we take that point of view, we can understand that our vulnerability or susceptibility stems from a persistence in the mind of a receptivity we had when all the world was new. Have you watched a small child gaze around, letting her eye be caught by this and that? Have you asked her to tell you about her day? The narrative will be disjunctive, lacking formal reason, yet filled with all that truly matters: filled what was seen, heard, tasted, touched, smelled, felt.

And of course such a way of perceiving is full of surprise: both unexpected delight and terror. Here is how a typical tale proceeds: Something happens. Then something else.

Another occurrence. Originally the pair set out to record and anthologize the oral history in German-speaking countries and the natural poetry of the people.

They wanted to record the sagas, epic stories and tales that were passed down through the generations. As such the pair relied heavily on oral and some written accounts from friends and informants to document these tales. The tales, according to the Grimm brothers, demonstrated the moral compass of the time, with stories that they felt needed to be preserved before they were lost. Between and , seven editions of the tales were released and each one was different from the last.

By the time the final edition was released the tales had been drastically changed from their original, blunt form. Many of the stories progressed to reflect Christian morals and the role of evil mothers were swapped for stepmothers, while other tales were cut out altogether.


In , Russian composer Tchaikovsky wrote the musical score for a much-loved Sleeping Beauty ballet, and later still, the folks at Disney borrowed some of his music for their animated film version. Ironically, Disney achieved a much greater success with Maleficent in , which retells Sleeping Beauty from the perspective of the vengeful fairy, played magnificently by Angelina Jolie.

Roquelaure, which explores some of the other ways the prince might have woken up the young princess, and what might have happened afterward. Tell us— how well do you know your favorite Disney movies? In an age when the poor mostly went barefoot, shoes were an important status symbol.

Think Nike Airs but even more so. Clearly, those boots were made for walking because Puss has managed to travel astonishingly far around the world. It also traveled with colonists and travelers from Europe to Africa and the American Indians. Could any of us ask for better? We think not. In a time of famine, Hansel and Gretel are abandoned in a great forest by their wicked stepmother.

Unable to resist eating pieces of a real gingerbread cottage, the hungry children are captured by the cannibal witch who lives there; in the end, they must shove her into her own fiery oven to escape. The girl with the climb-able curls is isolated in a tower by a wicked witch. And the Grimm version of Rapunzel is so very much grimmer. And you thought cravings for pickles and ice cream were bad! She leaves him to wander alone for years in the wilderness.