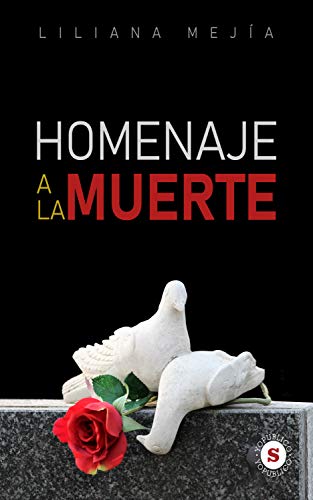 All data were thoroughly checked for consistency logical checking and checking against the original publications. Any queries were resolved and the final database entries verified by the responsible trial investigator.. We used the Mantel-Cox method stratified by trial to perform survival analysis. Trials in which the event of interest was not observed in any of the treatment groups were not included in the analysis of that event. For trials in which only one of the treatment groups had no events of interest, the treatment effect estimate and its standard error were approximated from 2x2 contingency tables after adding 0.

Statistical analysis was performed by using the Stata software, version 9. Survival curves are presented as simple, non-stratified Kaplan-Meier curves across all trials and constructed with the use of S-Plus software version 4. Insightful Corporation, Seattle, WA..

Of these, a total of diabetic patients The main characteristics and inclusion criteria of these trials are summarised in Tables 1 and 2. There were diabetic patients allocated to the DESs group patients with sirolimus-eluting stent and 79 patients with paclitaxel-eluting stent and diabetic patients to BMS group. Table 3 shows the definition of diabetes in each of trials. All trials were of open-label design and all but 2 trials 11,16 had protocol-mandated follow-up angiography. Figure 1A shows the absolute numbers of patients who experienced the primary efficacy end point of reintervention in each trial by treatment group, with the hazard ratio for each trial.

The probability of stent thrombosis was 1.

Overall, the use of DES was associated with a hazard ratio for death of 0.

Figure 3B shows 1-year mortality curves for the 2 treatment groups. The probability of death was 6.

Figure 3. A: absolute numbers of patients experiencing death and hazard ratios for death associated with drug-eluting stent versus bare-metal stents for individual trials and the pooled population. B: Kaplan-Meier curves of mortality in each of the stent groups for the pooled population. Figure 4A shows the absolute numbers of patients who died or had a recurrent myocardial infarction in each trial according to treatment group, with the hazard ratio for each trial. There was no statistical evidence of heterogeneity across trials.

B: Kaplan-Meier curves of death or recurrent myocardial infarction in each of the stent groups for the pooled population. In this study we performed a pooled analysis of patient-level data from 7 randomized trials comparing sirolimus- or paclitaxel-eluting stents with BMS in diabetic patients undergoing primary angioplasty for STEMI. The findings of this study show that use of DES dramatically reduces the risk of repeat revascularization without any increase in the risk of thrombotic related events as compared with the use of BMS.. Although it has been established that DES are generally highly effective in reducing restenosis and need of reinterventions in various patient and lesion subsets, until recently there has been only limited evidence on the use of DES in patients with acute myocardial infarction.

An increased risk of acute and sub-acute stent thrombosis has constituted a major concern regarding the use of DES in this group of patients. Evidence shows the presence of diabetes mellitus is associated with a worse outcome among patients with acute myocardial infarction; diabetic patients have a higher rate of mortality and postintervention coronary restenosis than nondiabetic patients.

However, there were no separate analyses for diabetic patients in these studies. The numbers of patients with diabetes mellitus in the individual studies were too small, varying from 24 10 to 13 patients thus preventing the performance of any meaningful subset analysis. The 1-year probability of stent thrombosis was 4. In addition, less frequent events are associated with more extreme and unstable estimators.

On the other hand, a recent pooled analysis showed that during a follow-up of 4 years the incidence of stent thrombosis is not significantly different between patients treated with DES and those treated with BMS in randomized clinical trials. It should be noted, however, that the rare occurrence of these events may prevent this analysis from detecting possible differences between DES and BMS. Despite the larger number of patients available for this pooled analysis as compared with the individual trials, the results of this analysis should be interpreted with caution.

Not only the number of diabetic patients is relatively limited but this study also represents a post hoc subset analysis. In the setting of a subset analysis, randomization could have been ineffective. Adequately powered studies with longer follow-up are required to provide definitive answers to the issues of efficacy and safety of DES implantation in diabetic patients with STEMI. The results of this meta-analysis apply to the type of patients enrolled in the trials which were included in this meta-analysis.

However, recent evidence from patients outside the setting of clinical trials suggests similar benefit with drug-eluting stents in the setting of acute myocardial infarction. In conclusion, use of DES in diabetic patients undergoing primary stenting for STEMI reduces the need for repeat intervention without increasing the rate of thrombosis-related events as compared to BMS.. Dr Laarman reports having served on the advisory board of Boston Scientific and received lecture fees from Cordis and Medtronic.

This item has received. Article information.

The performance of drug-eluting stents DES in high-risk patients with diabetes and acute ST-elevation myocardial infarction STEMI who have undergone primary angioplasty has not been previously studied. The analysis involved patients with diabetes mellitus from a total of patients. The outcomes of interest were target-lesion revascularization, stent thrombosis, death, and the composite endpoint of death or recurrent myocardial infarction during a follow-up of months. Compared with BMSs, DES use improved clinical outcomes in diabetic patients undergoing primary angioplasty for STEMI: the need for reintervention was reduced, with no increase in mortality or myocardial infarction.