Get PDF The Word Becoming Flesh 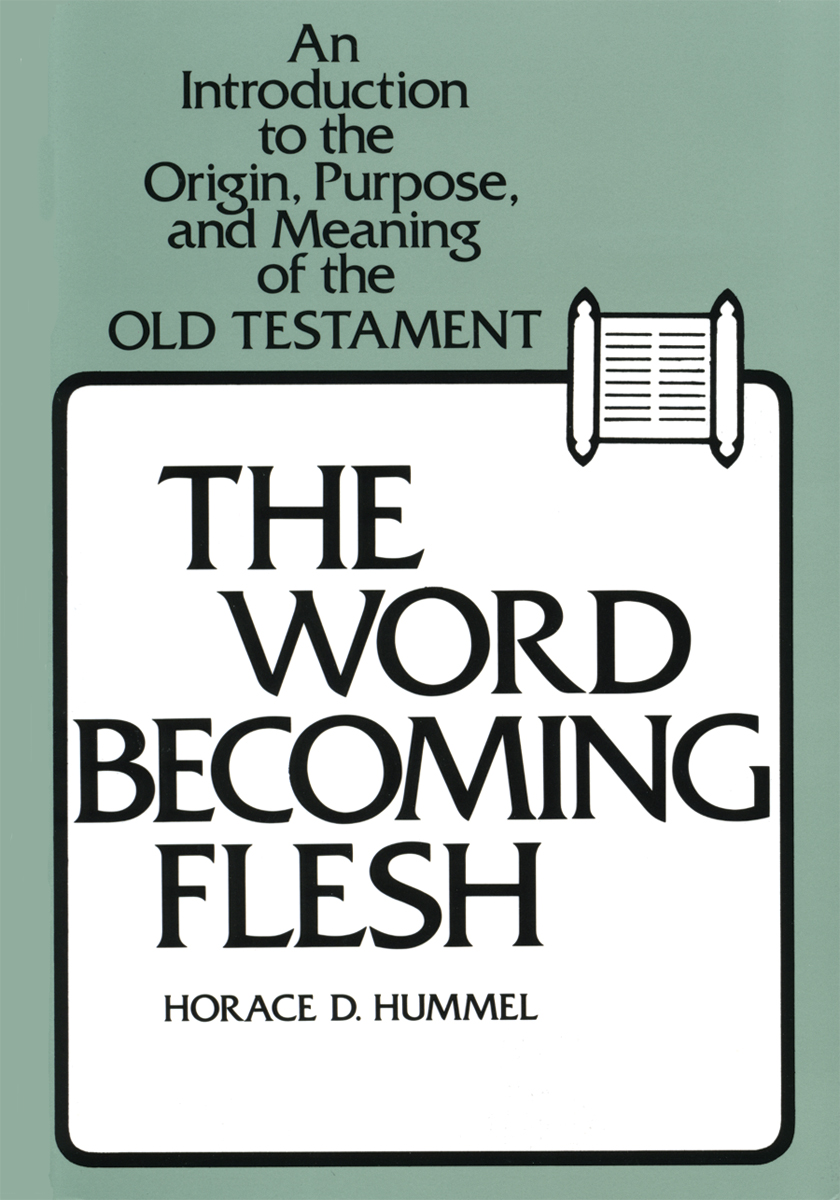 Jesus had been vindicated and the truth of his claims was assured, because God had delivered him from the grave.

The fact of the resurrection and the failure of the cross to defeat Jesus becomes the center of New Testament preaching throughout Acts. Paul writes with passion about the present, empowering lordship of Christ, who is a life-giving Spirit 1 Cor. He describes the future when Jesus in glory will return to the world to redeem his church 1Thess.


The earliest narratives written focused on the Passion story and provided an answer to the pressing question: Why was Jesus crucified? And if he exhibited power over the grave, surely this power was evident during his ministry. How do we explain his messianic role in Judaism? The work of Mark, Matthew, and Luke began to answer these questions, but there was one more line of inquiry that pressed Christological reflection a step further: Did Jesus have a preexistence? The significance of Jesus is not merely in his ability to be a powerful worker of mighty deeds.

Nor is it in his wisdom as a great teacher. Rather, Jesus is God-become-flesh. That is, the phenomenon of Jesus Christ is a phenomenon unlike anything the world has witnessed before. He is God-in-descent, God stepping into the context of humanity. In more technical terms, Jesus has an ontological divinity. His being, his essence, his very nature is one with God. This is to be compared with an ethical divinity, in which Jesus is valued or aligned with God—as evidenced in what he does.

Springing from this doctrine of the high divinity of Jesus—a divinity anchored to preexistence—comes a host of theological themes that I must press home when I apply this text. The voice of Jesus becomes the voice of God. It is for this reason that Jesus can tell Philip that seeing him is equivalent to seeing the Father Redemption is thus no divinely inspired human event that sets out to placate God.

Redemption is God himself at work in the world, achieving his own goals for repairing the consequences of sin and bringing humanity back into relationship with himself. To sum up, therefore, Jesus must be explained in terms of his unique origin and mission, and this explanation must be forged with a clear understanding of his unity with the Father. For John this does not mean that Jesus failed in any way; rather, it uncovers the character of the world a place of darkness and discloses how the world reacts whenever it is penetrated by the light.

And after Judas betrays Jesus, he departs the Upper Room into the night The world, then, is not a neutral place, a place of open inquiry and curiosity about God.

What John says is that the logos, the reason for life, was not and is not a philosophical principle, as the Greeks believed, but the logos is in fact a person, Jesus Christ. When we enter into a relationship with Him and truly get to know Him and serve Him, we become complete and whole. We find a higher purpose for which to live.

And The Word Become Flesh

But this is not any less the story. That is the most profound truth of all truth. Not because of the physical features of a stable and a manger and a star and a young couple and shepherds and wise men. They all participate, of course, in the physical historical features of the birth of Christ. But the real story is the Word became flesh. John is an absolute master at an economy of words, saying things that are vast and incomprehensible in very simple terms, so simple that a child can understand them and the wisest of the wise cannot plumb the full depth of them.

The Word became flesh. Who is the Word? This is the story of Christmas. But far more important than understanding all of that is understanding what was really going on from the supernatural side. But there is a supernatural reality going on there that John explains to us that is critical for us to understand because the non-negotiable reality that we celebrate at this time of the year is that the eternal God, the infinite, transcendent, all-knowing, all-powerful, all present, everlastingly unchanging, eternal God of the universe became a human being.

That is the message. John writes his gospel to get that truth across, that we would understand that Jesus is God in human flesh. Again, Matthew and Luke give us the earthly elements, the historical features. John gives us the heavenly elements, the supernatural features. The message is about the deity of Christ. He claimed to be God.

And all of those things are said of Christ as well. And then Jesus did works that only God can do, raising the dead, overpowering the kingdom of darkness, and forgiving sin. Jesus also received worship. We have that throughout the story of the New Testament, from the gospels all the way to the book of Revelation. The angels disdained to be worshiped in Revelation Men disdained to be worshiped in Acts And Jesus accepted worship, evidence that He is God. Jesus also received and answered prayer, something only God can do. The evidences of the deity of Jesus Christ fill the Scripture, but none of them are more powerful than this opening section of the gospel of John.

And it gets overlooked. I think sometimes familiarity causes us to sort of push it away. We hear the sounds of it. I even memorized this in Greek once long ago. It was so familiar. The infinite became finite.

The eternal One entered time. The invisible became visible. Why is He called the Word? Why the Word? Because that term, logos in the Greek, is so loaded with meaning, both for Jew and Gentile. Talk about the Gentiles for a moment. Greeks would read this and they would completely understand what John was attempting to say because in the Greek world of philosophy and religion, the logos was believed to be a title given to the creative force, to the ordering, intelligent mind of the universe.